The historic McsBurg Schoolhouse allows visitors to take a trip back to the way childhood education was in the 19th century. This building, constructed in 1874-75, is a successor to a primitive log structure that housed one of the first four schools in existence in the area when Richland County was officially formed in 1841. This current structure was originally located 4 miles north-northeast of Olney, at the intersection of what is now North Silver Road and East Tank Farm Lane.

Records show the largest number of students attending McsBurg School was 40, in 1913-14. The school closed its doors at the end of the 1943-44 term, due to shrinking enrollment (eight pupils) and the approaching mandated county-wide consolidation of schools. In 1947, the building became a summer cabin for a local family, who later (1964) donated it to the Olney Garden Club for restoration and relocation to the Olney City Park. In 2015, the Garden Club deeded the schoolhouse to the Richland Heritage Museum Foundation, which performed a second restoration and moved the building to its current site, next to the Heritage House Museum. 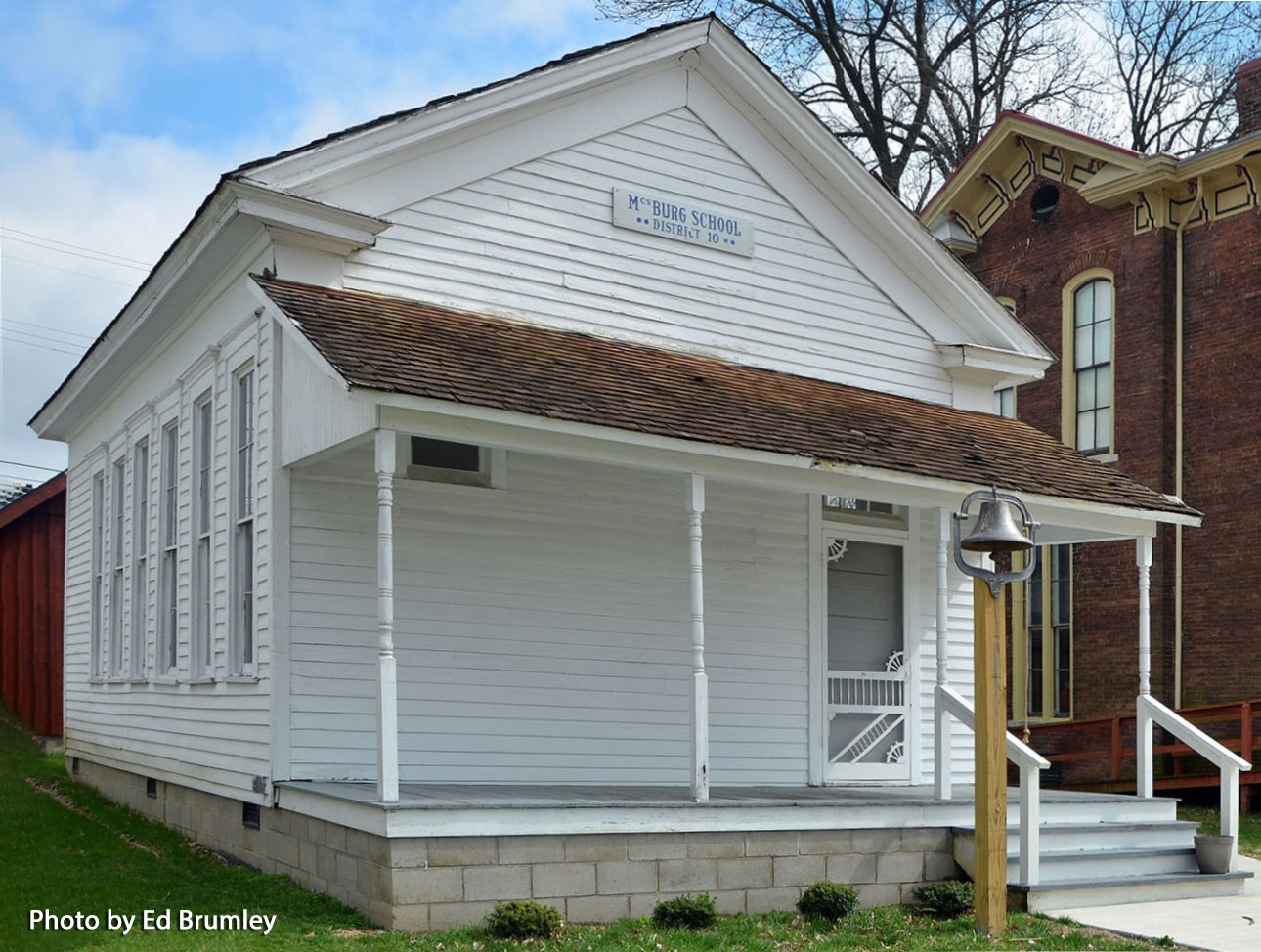 McsBurg Schoolhouse Photo Gallery
As you step inside the refurbished schoolhouse, you will see 22 student desks (from large to small), a teachers desk and chair, a recitation bench and a stove and bookcase the standard furnishings for a rural school in the early twentieth century. Add a wood box, a water bucket and dipper, coat hooks on the wall, a set of wall maps, pictures of Washington and Lincoln, an American flag and a bell to ring to call the children to class and school time is here. Dont be tardy and be sure to behave, or you might get a whippin with a hickory stick!

According to the book, Before the Big Yellow Bus: remembering the one-room schools of Richland County, Illinois, the McsBurg School was one of 87 schools in operation in the county in the 1920s. At their peak in the late 19th and early 20th centuries, an estimated 65,000 one-room schools dotted the Midwestern countryside, contributing greatly to the improvement of rural life in America.