While the Heritage House shows the way we lived during the past century, the Carnegie Museum, which opened on July 4, 1991, displays many of the tools that made our lives easier. Early washing machines, sewing machines, and medical devices, among other items, can be seen.

Areas of emphasis include the Military Room, which recognizes the rich military history of Richland County. The county furnished 1,577 men during the Civil War, 54 more than the government quota. Nearly 1,000 served in World War I, including a brigadier general from the area. Draft records show 2,148 men from Richland County served in World War II, with more than 80 young men who were killed or died of wounds suffered during World War II. The county produced five WWII generals.

The Great Depression lasted nearly 10 years, but in Richland County, the Depression began to end in 1936. By 1939, some people in the area never had it so good. The reason can be found in an exhibit on the main floor of the Carnegie Museum the discovery of oil in the area. Although some parts of Richland County never produced a well, the surrounding counties that comprised the Illinois Basin were very productive. Many of the larger exploration and service companies built headquarters in Olney, which brought an oil boom that lasted through the 1970s. 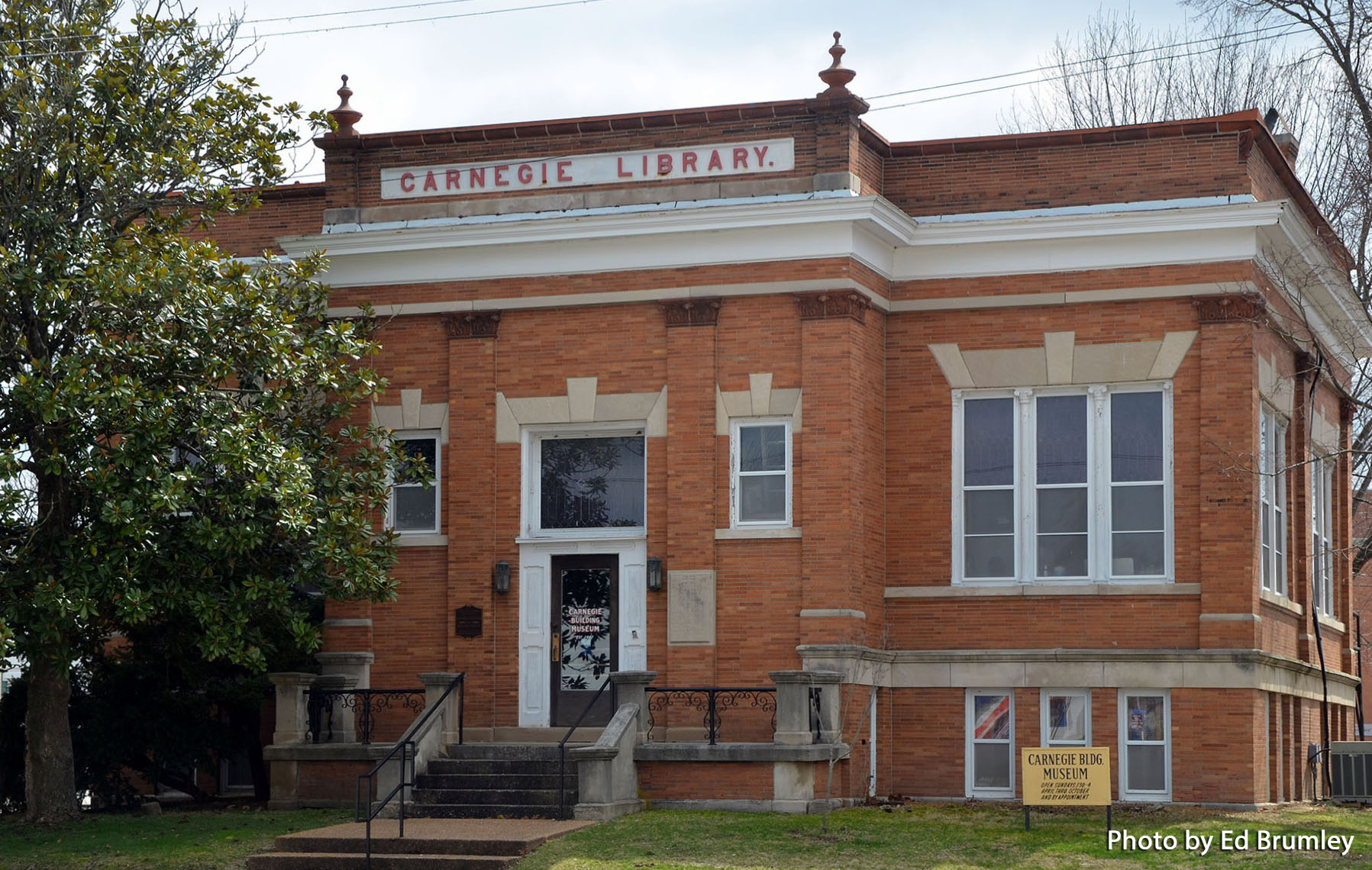 Carnegie Museum Photo Gallery
Photos graciously provided by Ed Brumley
Education has always been important to Richland County. A display recognizes the impact of our schools which dates back to 1841, when there were four schools in the county. In 1866, immediately following the Civil War, the residents of Olney voted in a school system and approved bonds to erect the first true public school building. A two-year high school was started in 1871, with four students all girls graduating in the first class. The two-year high school continued until 1881, when the four-year high school was inaugurated. By 1920, the number of elementary schools in the county most of them one-room schools peaked at more than 80. A map showing the names and locations of these schools can be seen in the Carnegie Museum.

Abraham Lincoln is well recognized in the Carnegie Museum. Although Lincoln and Douglas never debated in Olney, both presidential candidates spoke at separate political rallies in Olney on the same day, September 20, 1856. And it is believed The Olney Times was the first paper in the United States to openly endorse Lincoln for president in 1860.

The Carnegie Museum contains information on Robert Ridgway, a noted ornithologist, scientist, artist and author who had a distinguished career with the Smithsonian Institution. He retired to Olney in 1916 where he developed Bird Haven, a bird sanctuary and experimental area for the cultivation of non-native trees and plants.

Agriculture has always been important to Richland County. The Illinois State Fair was held in Olney in 1887 and 1888. And, in 1954, the National Plowing Matches were held at Onion Hill, located in the northwestern part of the county. Numerous agricultural exhibits can be found in the newly built carriage house.

New 2022 Displays at the Carnegie Museum! 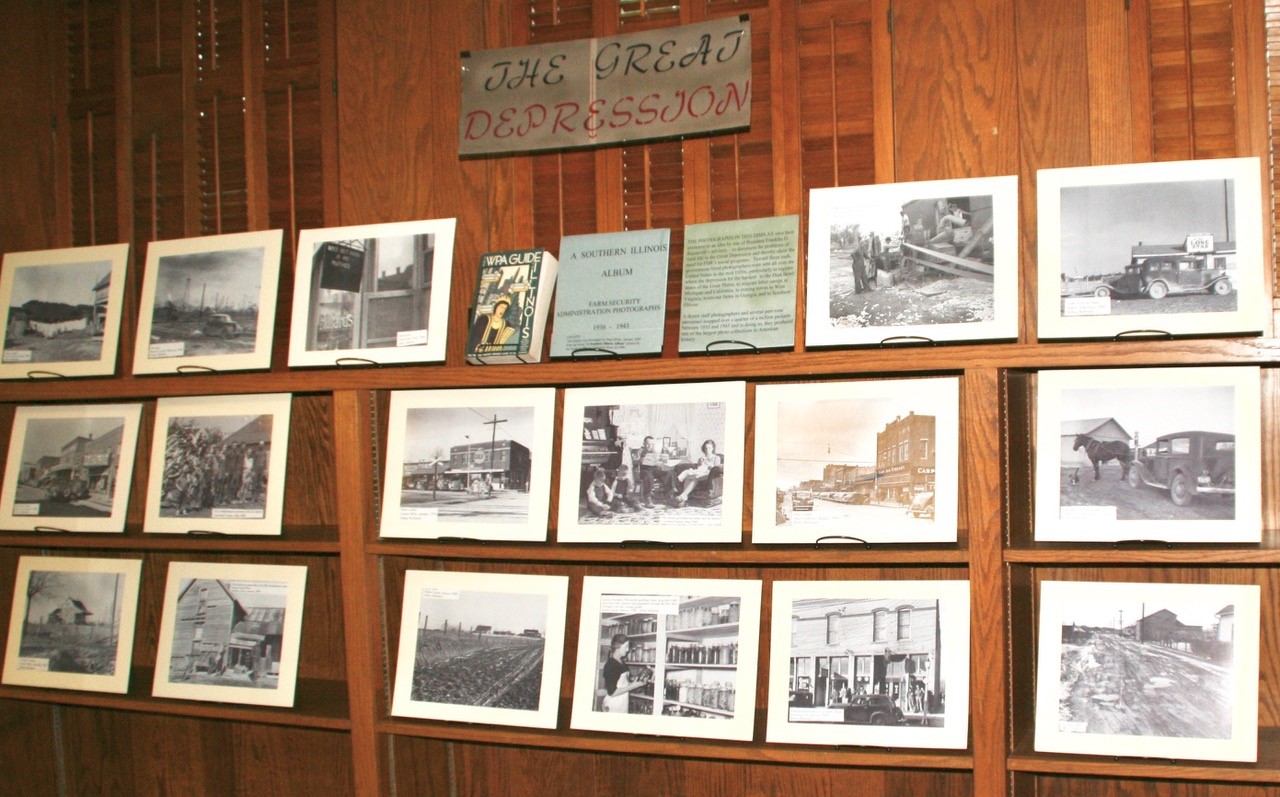 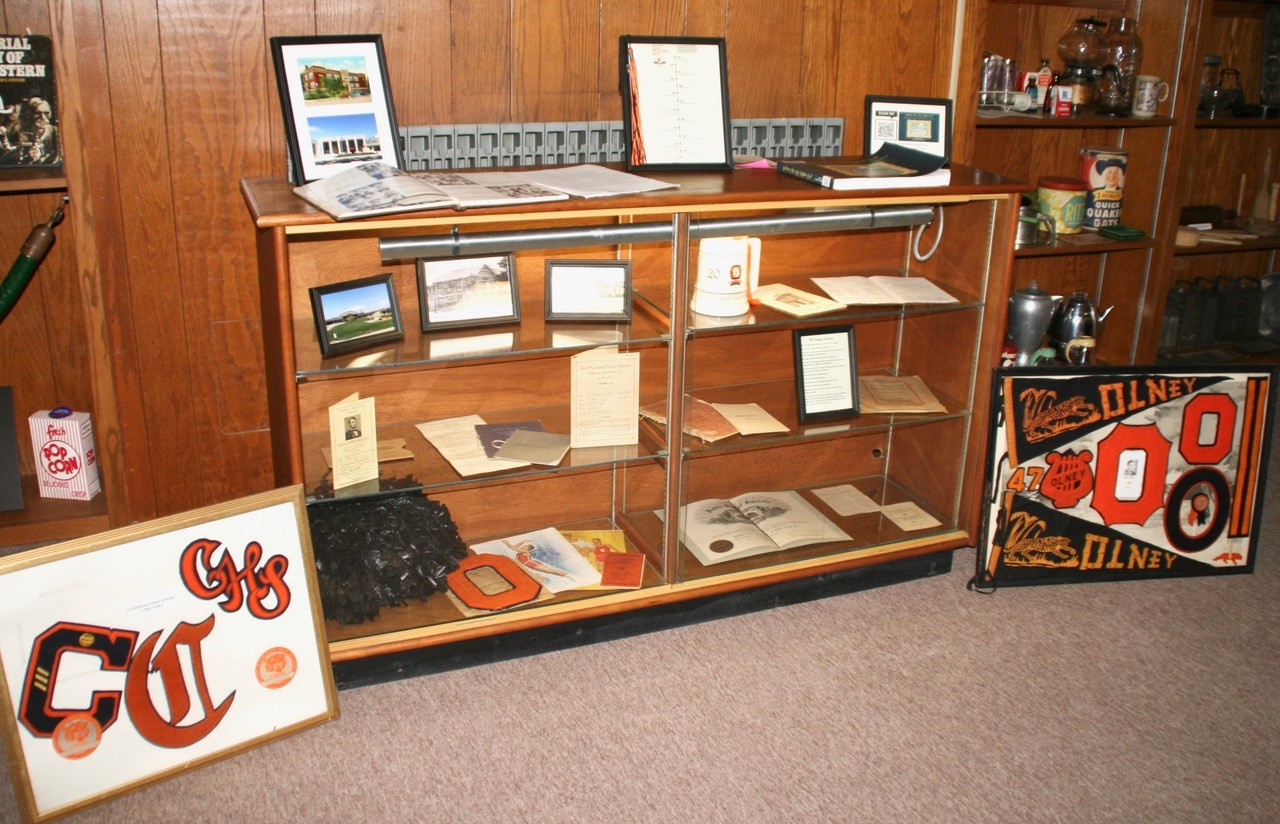 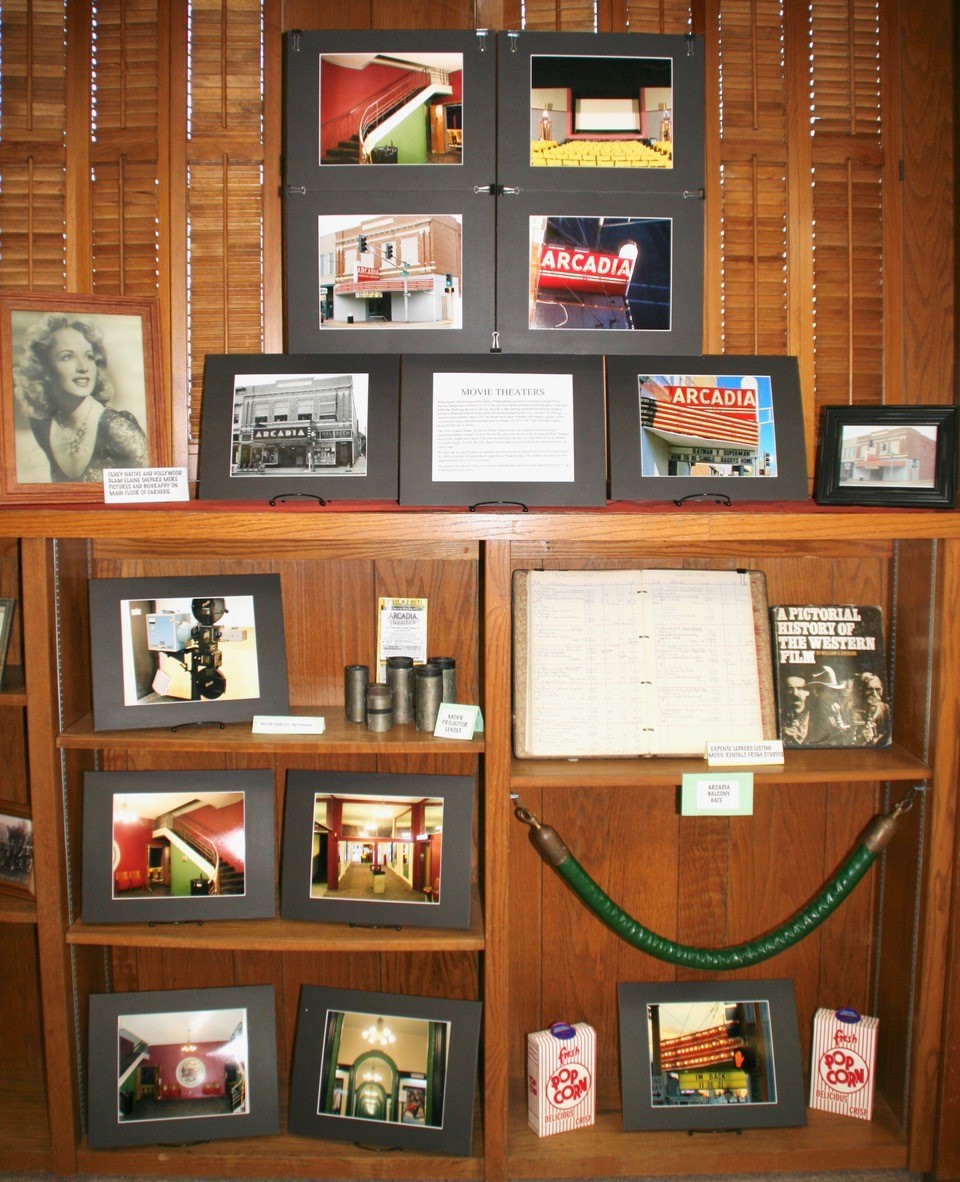 Arcadia Memorabilia at the Carnegie Museum 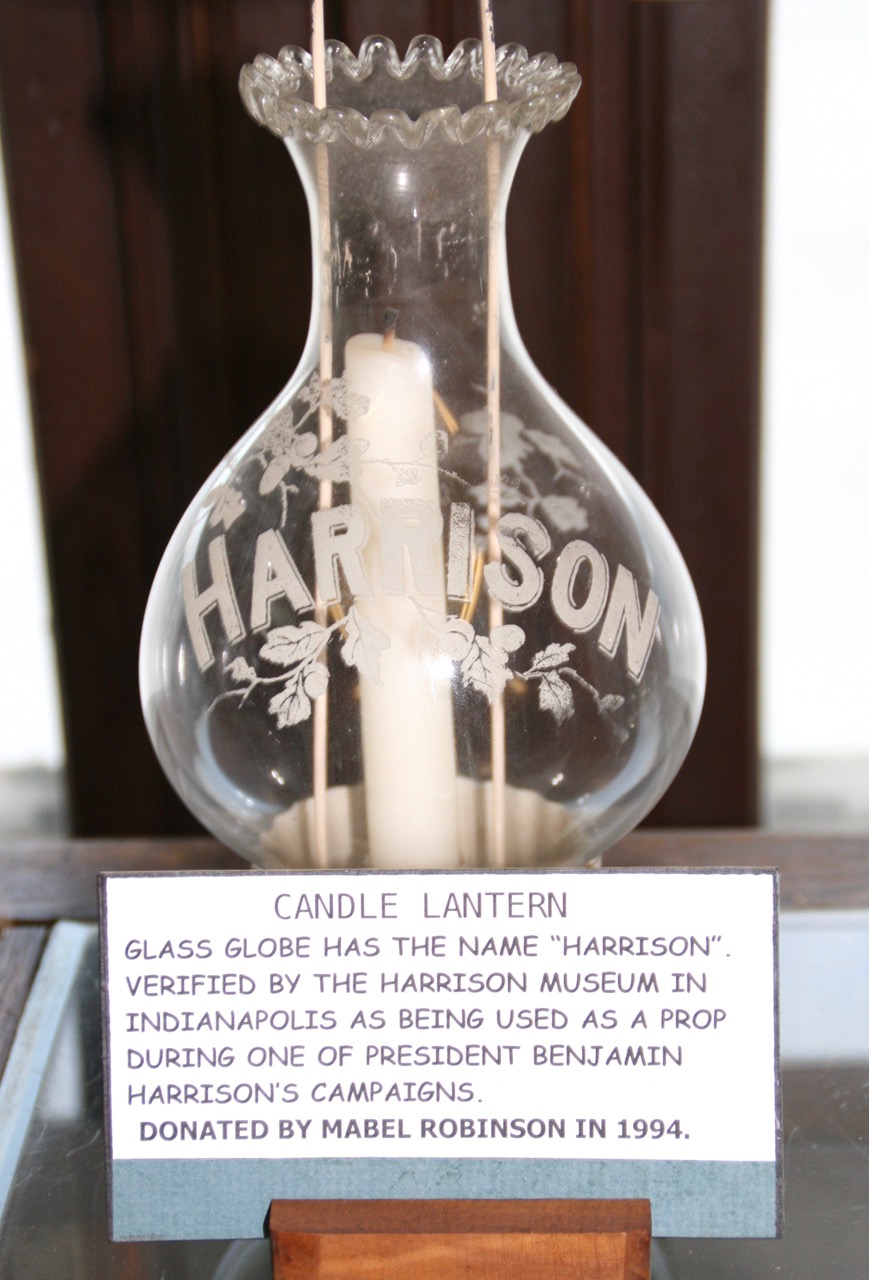