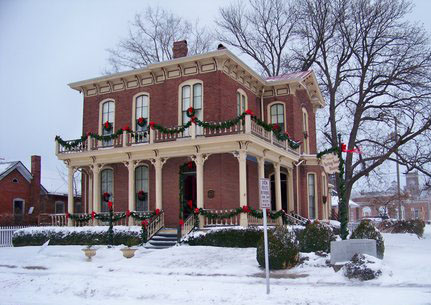 During the winter, on the second Sunday in December, people visit the beautifully decorated Heritage House during the annual Christmas Tour of Homes in Olney. It's an opportunity to enjoy different musical groups and a variety of cookies and hot cider that adds to the spirit of the season.

Each summer, a large number of visitors meet in the backyard of the Heritage House to celebrate Independence Day, taking in live entertainment and enjoying ice cream and cookies.  The event is normally held from 1:00 p.m. to 4:00 p.m. on the Fourth of July. 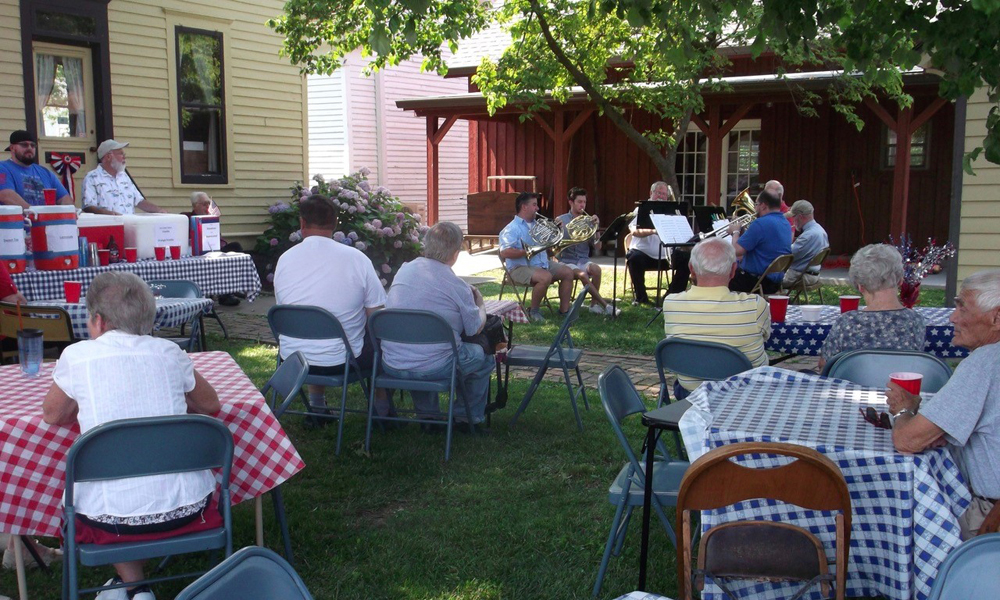 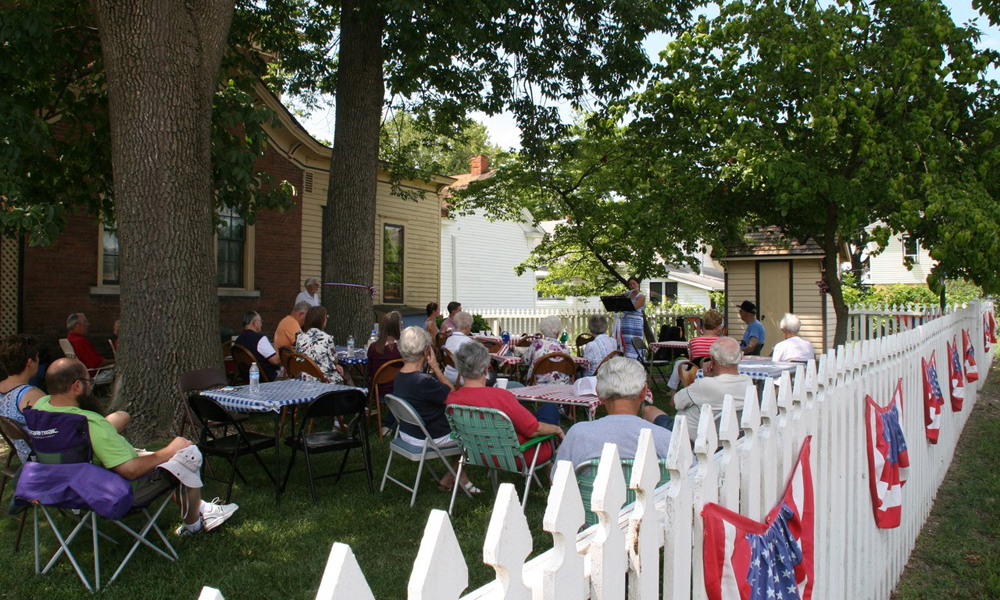 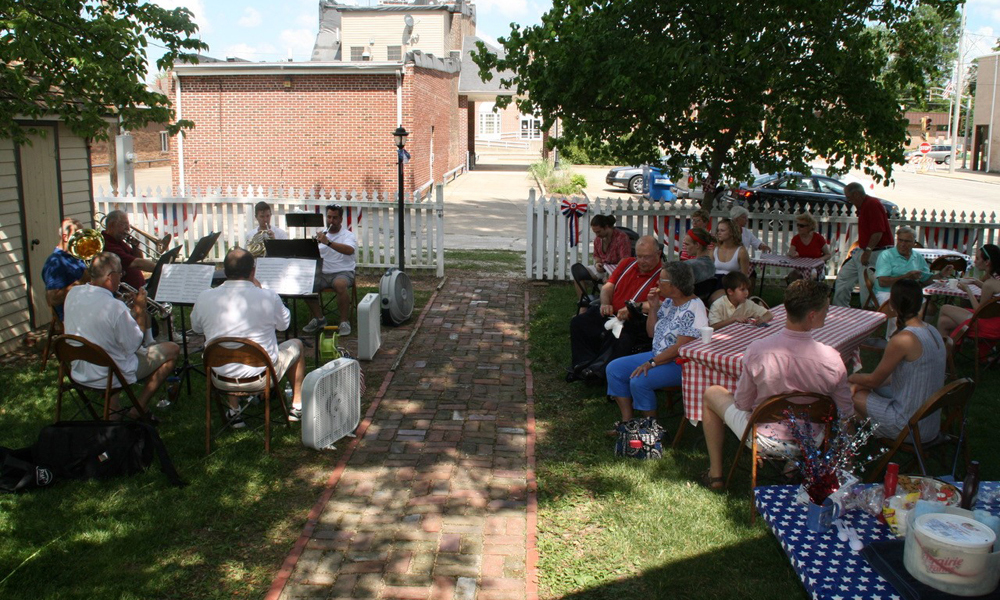 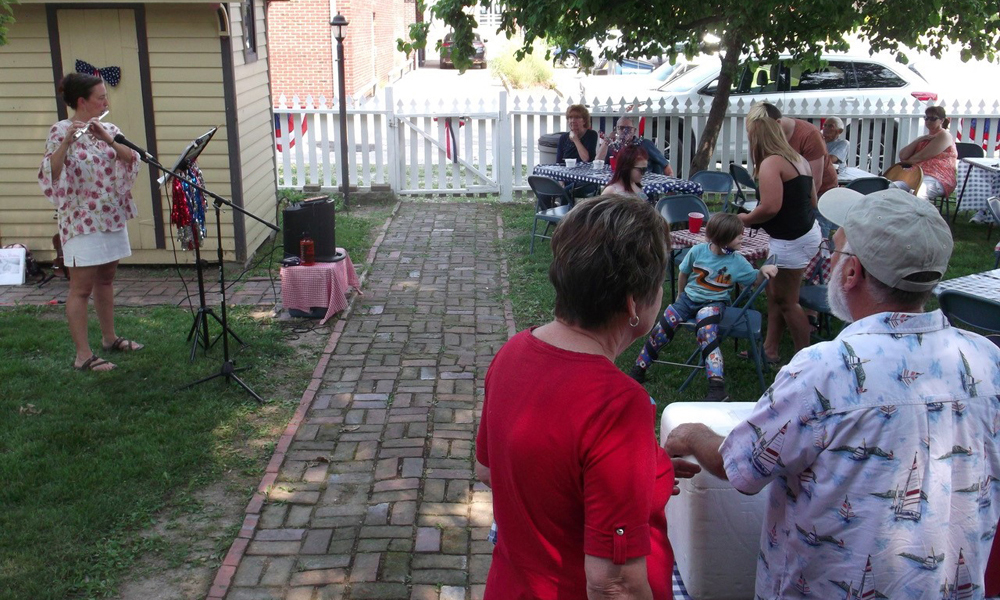 Richland County Heritage Museum Tours are offered annually to all fourth graders in the school district (public and private schools).  Generally it takes three days to accommodate the fourth graders with 10-15 people/group. 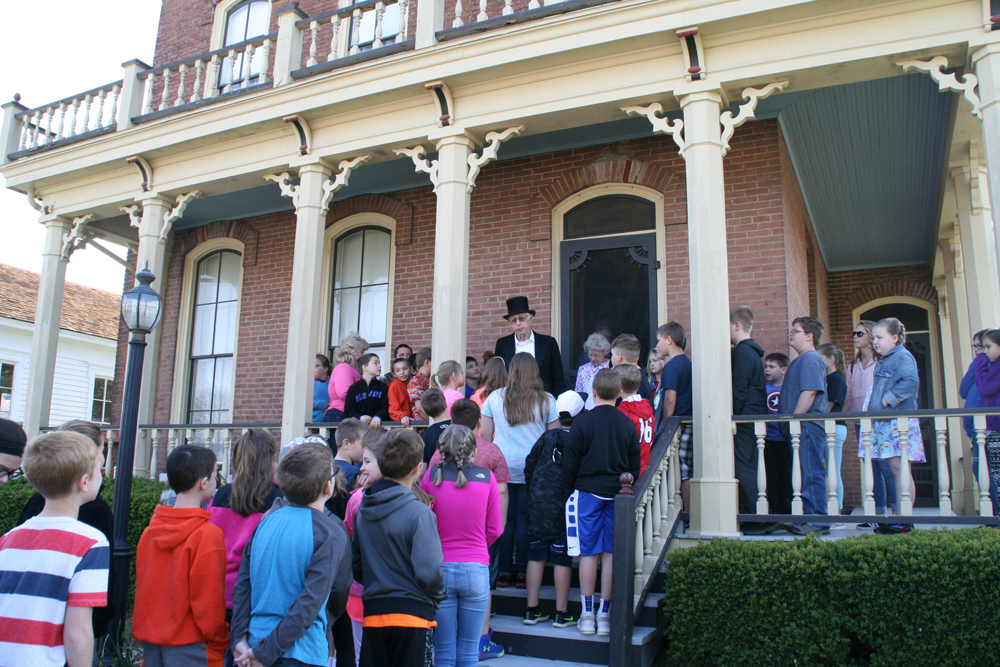 In the Heritage House, students are given a feeling of family life in a Victorian home.  All the furniture in the home is from the 1880s. Students learn about instruments of the time in the Music Room, where they can see various instruments, a pump organ and a player piano.  The kitchen is much like it would have been during that era.  In the Heritage House, the students also enjoy the Charlie Tripp room.  Charlie was born without arms or shoulder blades, but learned to live a life without limitations; he used his feet to do anything anyone else could do.  He lived in Olney before he joined the Barnum & Bailey Circus, and is buried in Haven Hill Cemetery.  Featured in the Charlie Tripp room are examples of Charlie’s penmanship, wood carvings, and the bed and stool he made.  Click here to read more about Charlie Tripp.

The tour continues with the McsBurg Schoolhouse.  Each group is able to spend more time there talking about education in the early days of Richland County.  At one time in Richland County, eighty one-room schoolhouses existed.  These schools were purposefully situated approximately every two miles.

The groups then tour the Carriage House which was designed and built by Leon Page and friends.  The downstairs is being used for display of historical agricultural tools and farm equipment.  The upstairs is currently being used for storage.

Next on the tour is the Carnegie Museum which has five areas to tour.  The mezzanine currently houses the “Military Room” which recognizes the rich military history of Richland County. The county furnished soldiers for the Civil War, World War I, and World War II.

The fourth grade school tour ends at the Carnegie Museum after two and one-half hours, and is our largest co-ordinated instructive effort.  Please contact us for more information on any of our other events!