The first facility acquisition came in the form of a 19th-century mid-Victorian house in the Italianate style. The Richland Heritage Museum Foundation officially acquired the house just one day before it was scheduled to be demolished. The house was built in 1874 by Ambrose Hopkinson, a brick mason and owner of a brickyard.

Following Mr. Hopkinsons death, the house was purchased in 1906 by Frank Leingang, a well known baker in the area. It is believed that major renovations of the house were done by the Leingangs.


A subsequent owner was a Mr. Pepple. During the area oil boom of 1936-1950, the Pepple House was converted to a rooming house and divided into several more rooms. A fire in 1972 seriously damaged parts of the house, and several rooms were boarded over and closed as people continued to live in other parts of the house. 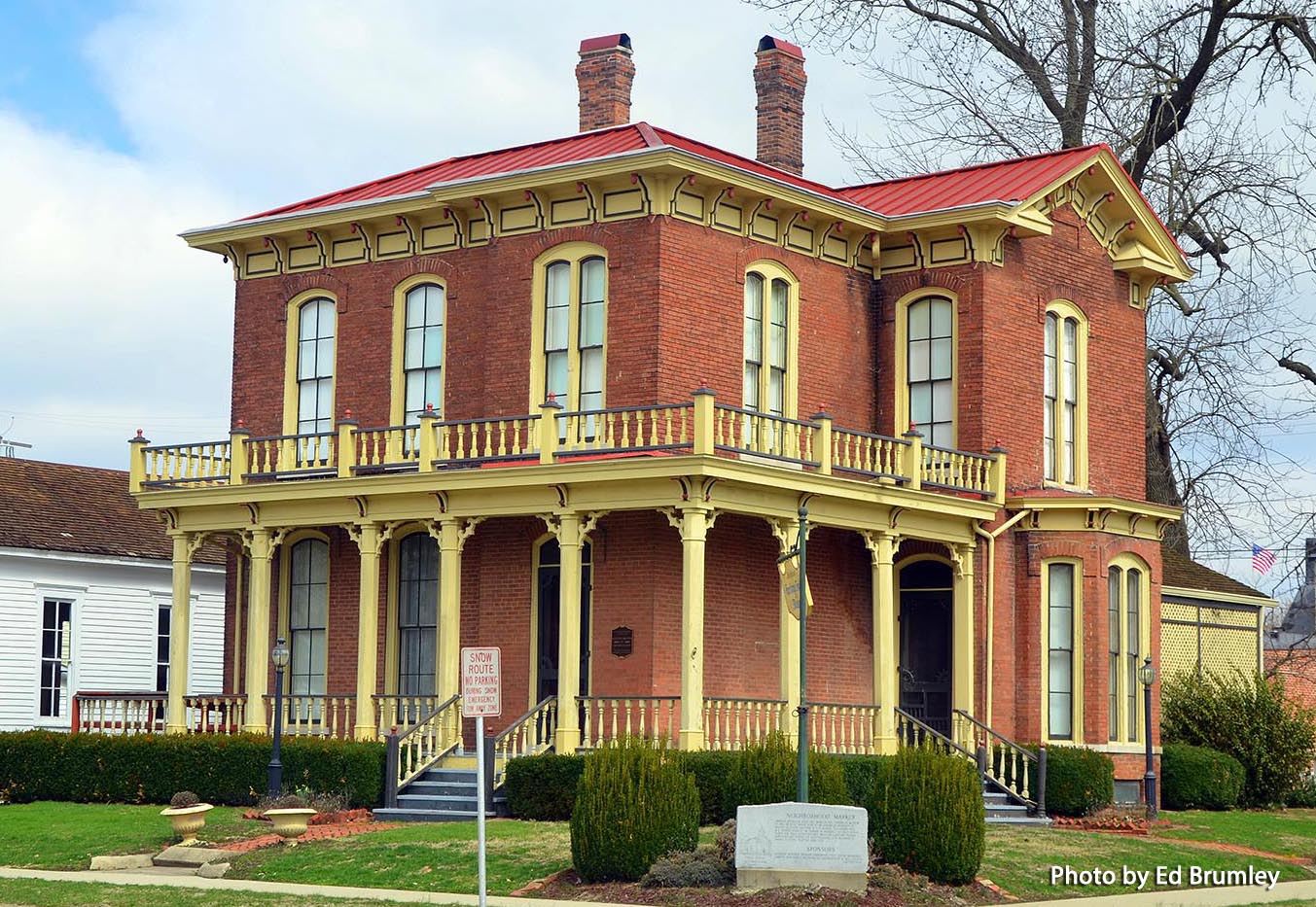 The structure remains today as an example of an elegant post-Civil War home, and offers a glimpse of Midwestern life in the late 19th and early 20th centuries. Furnishings also represent the era. Highlights of the house include the sitting room, which is comparable to todays family room, the dining room with chairs dating back to around 1878, and a music room, which was perhaps the formal sitting room in the original house.

Also notable is the Cochran Kitchen, named for Mrs. Evelyn Cochran, a driving force in the development of the museum. Various appliances, pans and utensils are authentic for the period. A chair in the room belongs to Aunt Teenie Anderson, an African-American fortune teller who came to Illinois from Louisiana following the Civil War, and attracted clients from near and far. She charged 50 cents per session, and made a living that allowed her to send her son to college.

The Charlie Tripp room is named after Charles B. Tripp, who was born in Canada in 1885 and moved to the area when his father retired from the railroad. He attended Olney schools, and was very successful in life despite the fact he was born with no arms, not even shoulder blades. He became an experienced wood carver and furniture maker, using only his feet. He traveled with the Barnum & Bailey Circus, not as a freak, but as an example that he and others like him could do anything a person with arms could do. He died of pneumonia in 1930 in Salisbury, North Carolina, but his body was transported by train back to Olney for burial in Haven Hill Cemetery. Several pieces of his furniture are on display in the room.